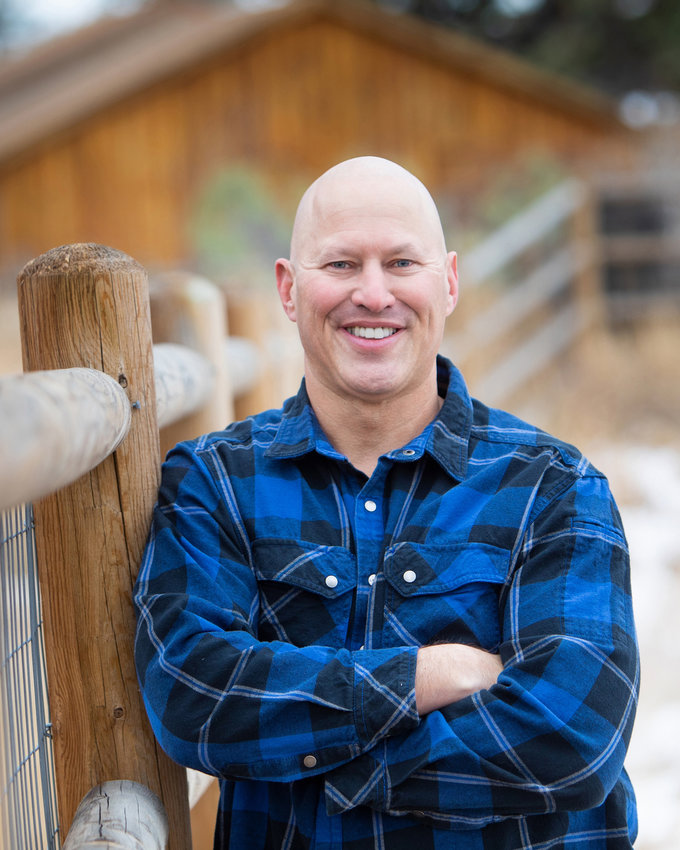 Biography: Kevin has spent his entire career in public service protecting our community and defending our country.

He currently serves as a command officer with the Denver Police Department. He has been with Denver PD for the past 27 years working in patrol and special operations.

During this time, he has also served in the Colorado Air National Guard for more than 30 years at Buckley Air Force Base, Aurora, Colorado.  He served as commander of the 140th Security Forces Squadron (2015-2020) completing his last deployment from the Middle East in 2018. His current assignment is Joint Force Headquarters – Colorado National Guard, located in Centennial.

In his spare time, Kevin volunteers with the Civil Air Patrol and loves sharing his passion for aviation with cadets. He is an accomplished pilot holding a commercial pilot’s license for airplanes, seaplanes, helicopters, gliders and is a certified flight instructor. Kevin operates out of Centennial Airport (APA).

Kevin holds an associate of science in criminal justice from the Community College of the Air Force, a bachelor of science in professional aeronautics from Embry-Riddle Aeronautical University and a master of education with a focus on organizational performance and change from Colorado State University.

Amid national conversations of police reform, what changes do you think are needed in policing in Arapahoe County?

It starts at the top. We should expect professional behavior from elected officials and hold them accountable. Denver District Attorney Beth McCann called Sheriff Brown’s behavior “irresponsible and unprofessional” after he started a fight at Pindustry and was reportedly publicly intoxicated. His captain made numerous inappropriate comments to female coworkers. His lieutenant was paid $30,000 to separate after posing naked and engaging in sexual acts online. We must elect and hire experienced, respectful leaders and deputies who hold themselves to the highest professional standards. I will not tolerate unprofessional or unethical behavior and will improve morale and bring back pride in the agency.

How would you address the public’s desire for accountability and transparency?

Law enforcement must do a better job in communicating with the people we serve and provide our community easy access to information. Arapahoe County Sheriff’s Office is far from transparent in how it operates or what it is doing to address our record crime rates — especially auto thefts. I will publish our policies and procedures for all to see; something the current sheriff promised but never accomplished. Body-worn cameras have now been mandated by state law which often capture the amazing work that our brave deputies do every day — and sometimes highlights things we could do better. Transparency is desperately needed, and I will provide it. Nearly every Uber or Lyft driver has a dash camera installed; our police cars will have them too.

What are your solutions for bringing crime rates down?

Crime is at a record high under this sheriff and people are not feeling safe. Auto thefts are up 139% in Arapahoe County and people are demanding relief from this crime tsunami.

We must return to being a proactive law enforcement agency instead of reactive. People are tired of the extreme right and left and they want to get back to common sense. I will empower our deputies to hold criminals accountable for their actions and bring them to justice. I will work collaboratively with the other law enforcement agencies in and nearby Arapahoe County to make this one of the safest counties in the state.

How would you combat the ongoing fentanyl crisis?

Colorado is now second in the nation for fentanyl use resulting in death, an increase of 382% the last two years. The lax laws related to fentanyl aren’t working. Fentanyl continues to infiltrate our community through counterfeit pills and other street drugs. I will not be a quiet sheriff who sits by and watches this happen. I will advocate for our children and work with our legislators to demand action and stronger penalties. Also, I will partner with our federal law enforcement agencies to bring the maximum amount of resources to combat this crisis and arrest drug dealers who profit off killing our residents with this deadly drug.

What are your views on the need to replace the current Arapahoe County jail?

I don’t want the nicest jail in Colorado. I want a jail that provides a safe working environment for the deputies and a secure location to house inmates. The current jail was built in 1986 and has many known issues. The jail has a current capacity to house 1,500 inmates but has an average daily population of only 701 inmates according to the 2021 sheriff’s office annual report. We don’t need a new jail if we are using less than half of its current capacity. I will do a cost benefit analysis and examine all solutions thoughtfully and will protect taxpayers' money from wasteful spending.

What are you plans for enforcing Red Flag laws?

As a police command officer with over 30 years of experience I have never had to utilize a Red Flag law to bring a criminal to justice or to place a mentally ill person on a 72-hour mental health hold at the hospital. There is typically an underlying crime that has been committed that results in the person being arrested and separated from their weapons or a mental health crisis that results in being hospitalized for evaluation. I take our constitutional rights seriously and I believe in protecting them. The Red Flag law should only be utilized in the most egregious of situations.

How would you address the threat of school shootings and mass public shootings?

It has been more than 23 years since the horrific massacre at Columbine High School that was perpetrated by pure evil and yet we continue to have tragedy after tragedy in mass shootings throughout our country. As sheriff, I will make sure my deputies will be equipped and well-trained to address any threat to our public safety and they will not hesitate to combat evil. I will expand the school resource officer program to protect our children. I will also implement a random anti-violence measure program that will provide an extra layer of protection for our schools in Arapahoe County by dispatching deputies to our schools on a random basis during school hours.

What changes do you think should be implemented in the sheriff's office to improve and/or make the community safer?

Our country is experiencing an unprecedented mental health crisis. I will make it mandatory for all deputies to be certified in crisis intervention training (CIT). I was the lead instructor for CIT beginning back in 2004 and have trained hundreds of officers throughout the metro area in its use. Officers receive de-escalation techniques that help defuse a critical situation using their most powerful weapon — their mouth. This week-long training is invaluable to our deputies and will result in a decrease in the number of uses of force (including deadly force), and decrease the number of injuries to both deputies and those in crisis.

Fort Lupton council OKs permit for proposed oil well, drilling facility
Fort Lupton City Council approved a special-use permit for 10 horizontally drilled oil wells and one production facility during its meeting Feb. 7. The proposal is to use 14 acres of land near …