This item is available in full to subscribers.

Our print publications are advertiser supported. For those wishing to access our content online, we have implemented a small charge so we may continue to provide our valued readers and community with unique, high quality local content. Thank you for supporting your local newspaper.

The Board presented an award to members of the Jeffco Action Center at its Sept. 15 meeting. Part of the group's accomplishments being recognized was their School Supply Drive which, according to Board member Danielle Verda, distributes about 4,500 to 5,000 backpacks a year for Pre-K through high school students.

Bear Creek High School student Janet Trujillo also was recognized by the Board for her project “A Diamond in the RUF: Debating Human Rights in Sierra Leone” being selected for 2022 to be put in The Smithsonian’s exhibit showcase. This on National History Day, “a year-long academic program focused on historical research interpretation and creative expression for 6th to 12th grade students,” said Board member Susan Miller.

Also recognized was Marla Robberson, a bus driver for the Jeffco Public Schools West Terminal, and part of the transportation department for 18 years. “A hard worker in all aspects, always willing to jump in. Everyone enjoys working with her and appreciates the joy she brings to work each day,” said Board member Mary Parker. Parker went on to explain that the day before school started this year, Robberson’s house caught fire while she was on a walk, yet she still woke up at 4 a.m. to bring students to school “safely and on time.”

“We are so proud that you are part of the Jeffco team,” finished Parker.

Public comment on Sept. 15 was exclusively about the upcoming decision by the board as to whether to close 16 elementary schools in the Jeffco Public School District.

A main concern brought up was a fear that programs such as for special needs children and those with disabilities, would not successfully transfer after consolidation. Alanna Ritchie of Wheat Ridge described the pandemic being “brutal” for her son with disabilities and in the Center Program at Wilmore-Davis Elementary.

“The larger consolidation schools don’t have Center Programs, or the resources these kids need. The support system for these children already exists in the smaller schools that already serve them,” Ritchie said, stressing that it can take years for children with disabilities to trust and feel safe with the staff and structure around them.

“These voices cannot speak for themselves, and it’s our responsibility as a community and parents to ensure these children and families don’t continue to be marginalized,” she continued.

Another concern was the school selection process itself. Destiny Farr of Lakewood said she was part of a large coalition of parents and community members gathering their own data. She critiqued the process used by the District, and said the criteria used to choose the closing schools “didn’t show the whole picture.”

“We feel that many important things were overlooked in that criteria for the sake of using low enrollment, building utilization, and financials issues to make this decision, which essentially puts the financial rolls of the district and the budget on the backs of parents, staff, students and the community — and especially on already marginalized communities: low-income, special needs, and families of color,” Farr said.

Mollie Crampton of Lakewood also brought up concerns about equity.

“The criteria used for this process benefits schools that do better in our choice system, and a choice system benefits parents with privilege who can afford the time and transportation required to get their kids to a different school,” she told the Board.

She highlighted that a large proportion of the student population at Vivian Elementary is students of color, and their academy-style curriculum “is benefitting all students, and the growth shows that we have a chance of closing achievement gaps, something that the entire state, the entire county is working for.” She sees closing Vivian as taking away an “amazing opportunity…from some of the most vulnerable children in the district.”

In support of the consolidation was previous board member Jon DeStefano. He believes that consolidation will “greatly strengthen many community schools, and allow students to have many quality programs they deserve and need.”

Oz Campbell, a former student of a school that’s closing, said that smaller schools allowed more attention to his needs, and he found the student community to be closer, not as “toxic” as he found in his larger school.

“I implore you to decide not based on dollars and cents, but on the impact that it will have on Jeffco communities,” Campbell said.

The Board discussed how that budget change will be compensated, suggesting a mill levy — a type of property tax. Superintendent Tracy Dorland suggested waiting until after possible consolidations to further discuss.

“I think we’ll know more after those foundational pieces are in place about the best time to think about a mill levy override, and we’ll be able to better let the Board know what it should be invested in,” she said.

The budget change was approved four to one, with Miller being the only dissenting vote, dissenting on the original approval of the salary increases in August as well.

Fort Lupton: Bevy of agreements to come before council 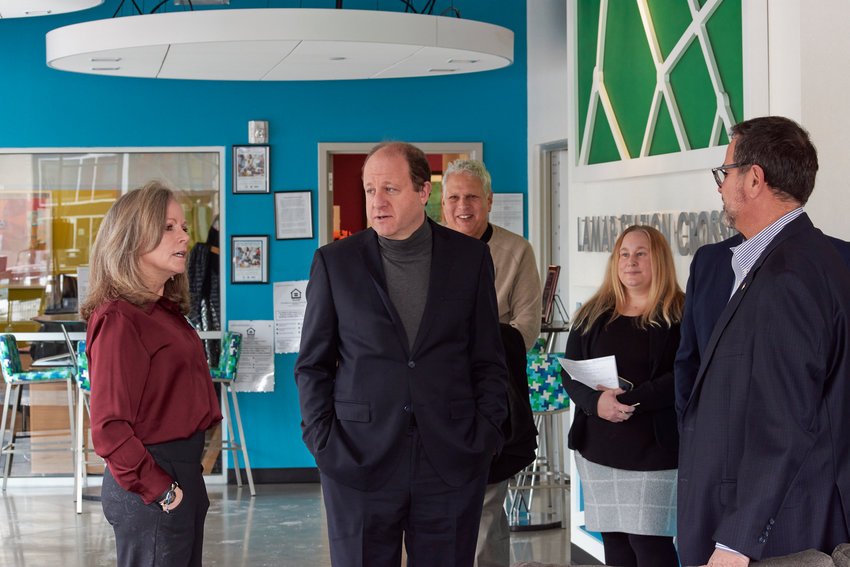